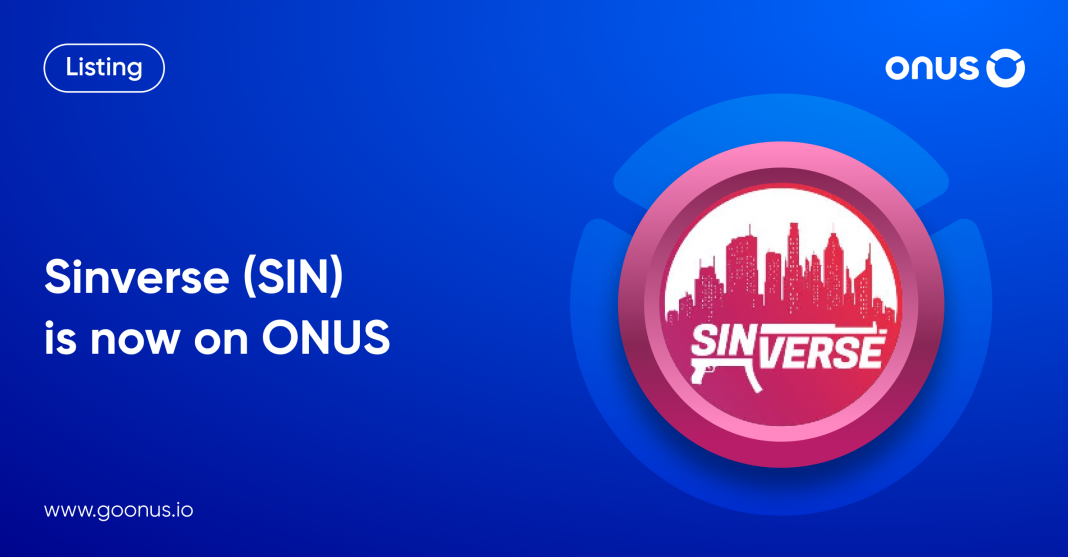 Starting from 09:10 UTC May 9th, we officially list Sinverse Token (SIN) on the ONUS application. Soon after SIN is added, users can perform the following features:

The Sinverse native game is a 3D action thriller game, which albeit fictional, is set and modeled after some of the most controversial crime cities across the world. The play-to-earn game will be laced with violence and gore bidding to become the ultimate Kingpin whilst building player’s empire. Sinverse is built with realistic imagery along with voice & text chat features with intent to pull players into an augmented reality space. This will be a highly social orientated platform, where player can build clubs for their friends to hangout, venues for online events or even compete in underworld activities to win in-game rewards. The game will be developed by the legendary Vulcan Verse development team with support from other game development partners. Ultimate aim of gamers will be to conquer & control Sinverse and be designated as the ultimate Kingpin, until the next conquerors emerge.

What is SIN Token?

SIN is a native token of the Sinverse ecosystem, operating on BNB Smart Chain according to BEP20 standard, and can be used to: