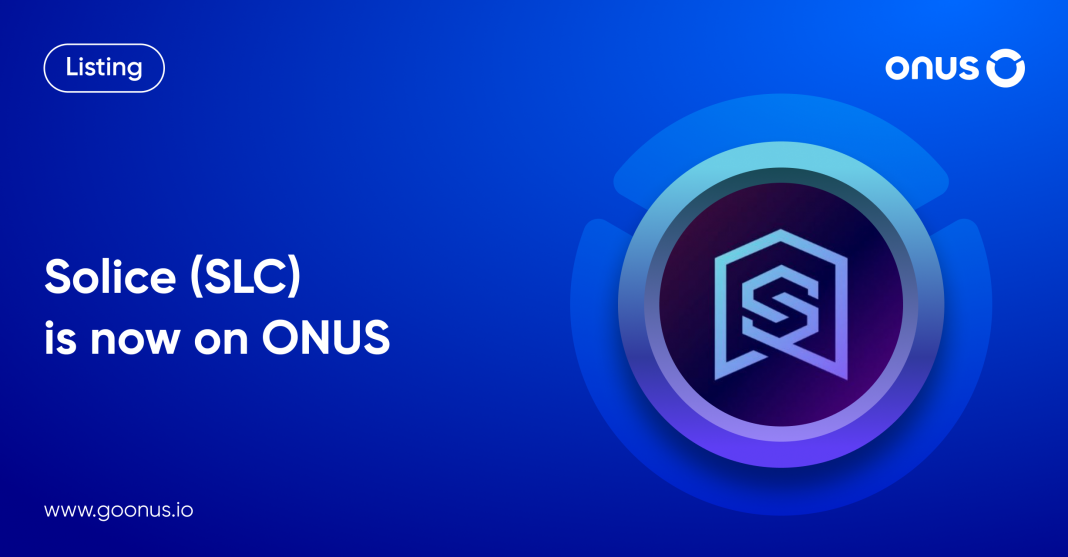 From April 14th, we officially list Solice Token (SLC) on the ONUS application. Soon after SLC is added, users can perform the following features:

Solice is a VR Metaverse built on the Solana blockchain. Solice’s goal is to deliver a high-quality immersive experience by providing the users an environment where users can play, build, own, socialize and monetize their virtual experiences across multiple platforms. In Solice, players will be able to collect various pets, gemstones, and other collectibles as NFTs. Aside from collectibles users will be also able to create their assets, mini-games and build on top of their land plots. By actively participating and building in the metaverse, users are able to collect tokens and other rare assets as rewards for completing quests, clearing dungeons, and reaching leaderboards.

Digital land plots in Solice is permanently owned by the relevant community member, giving them full control over their creations. LAND is a non-fungible, transferrable, scarce digital asset stored in a Solana smart contract. It can be acquired by spending an SPL token called Solice (SLC). SLC can also be used to make in-world purchases of digital goods and services.

What is SLC Token?

SLC is a native token of the Solice ecosystem, operating on Solana according to SPL standard, and can be used to: