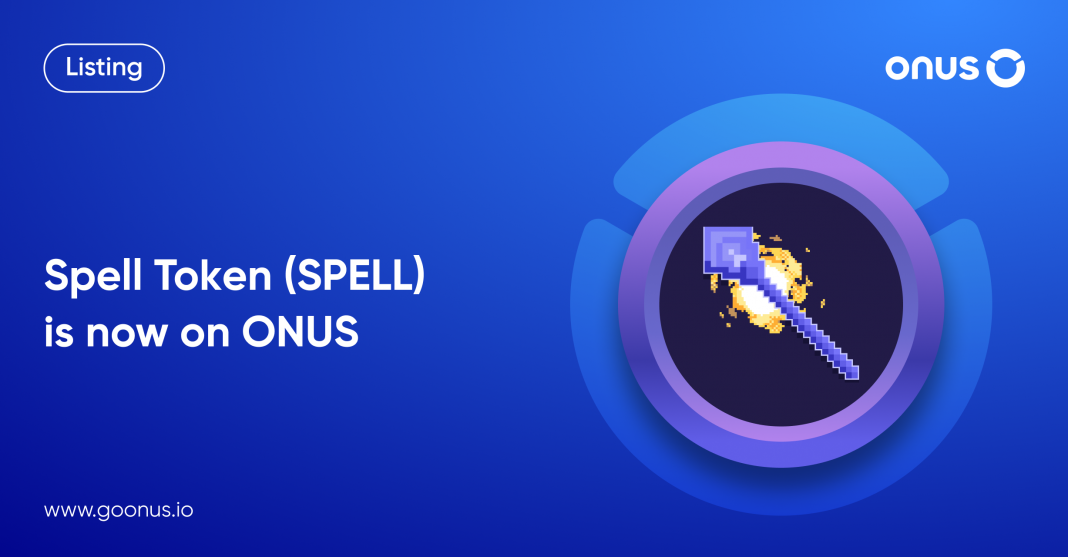 From November 26th, we officially list Spell Token (SPELL) on the ONUS application. Soon after SPELL is added, users can perform the following features:

Abracadabra.money is a protocol that allows users to maximize capital efficiency and profitability from assets stored in vaults by engaging in activities such as farming, staking, lending, swapping, and so on. This protocol also supports bridges for users to facilitate transactions.

Inspired by the famous Harry Potter books, Abracadabra.money is considered a “magic spell book” that allows users to produce Magic Internet Money (MIM). MIM is a USD pegged stable coin. As with most stablecoins, it will be traded on markets with other stablecoins such as USDT, DAI, and USDC.

What is SPELL Token?

SPELL is a native token of the Abracadabra.money ecosystem, operating on Ethereum according to ERC20 standard, and can be used to: