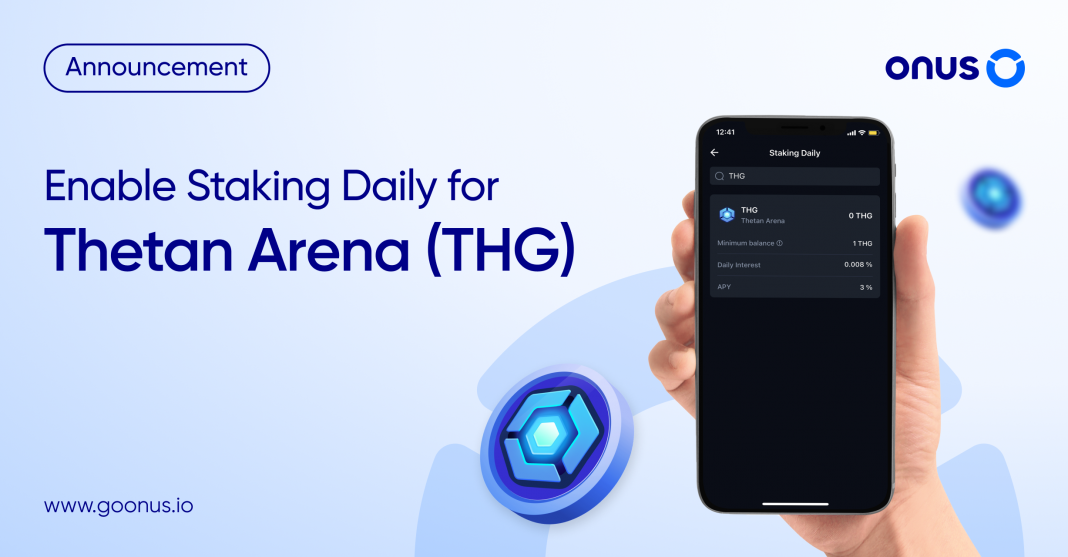 As a result, individuals with 1 THG on the ONUS application will earn a profit of 3% each year, or 0.008% every day. Interest is paid daily in VNDC, calculated based on users’ THG balances at 0:00 (UTC+7) each day.

Thetan Arena is a Play-to-Earn Esport Game platform that is supported by KardiaChain. Thetan Arena is a MOBA (Multiplayer Online Battle Arena) series that allows players to play and earn money by completing missions or events. Thetan Arena was inspired by two top-rated games: Dota 2 and League of Legends. Players will select a character in the game, gather friends, and form alliances with teammates to battle other squads in real-time.

THG is the cryptocurrency used throughout the Thetan Arena game platform, and it serves the following functions:

Furthermore, THG is regarded as an investment asset in the Crypto market, assisting investors in locating profitable opportunities and sharing benefits from the Thetan Arena platform’s business activities.