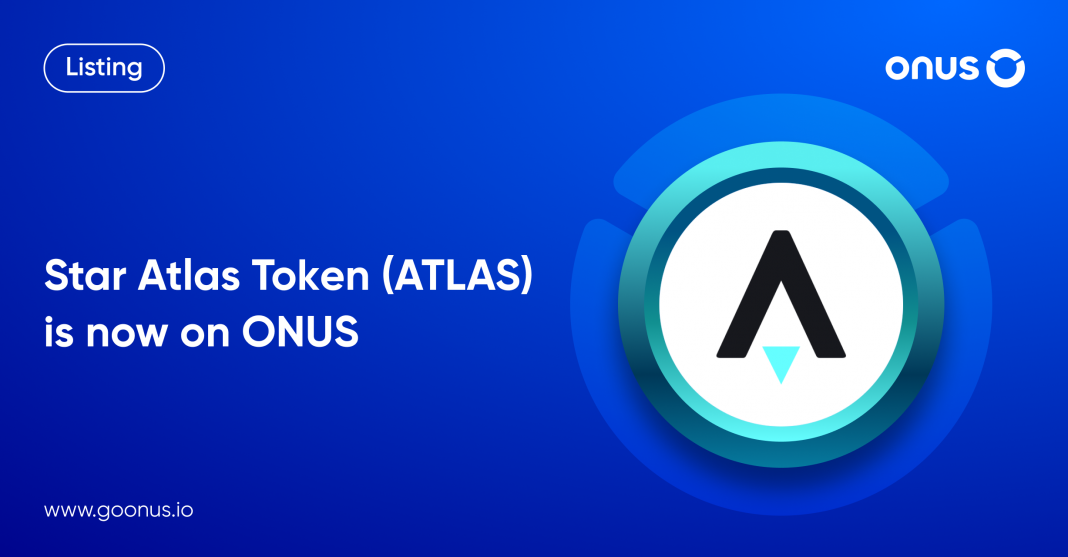 From November 18th, we officially list Star Atlas Token (ATLAS) on the ONUS application. Soon after ATLAS is added, users can perform the following features:

Star Atlas is a futuristic space exploration game programmed by Unreal Engine 5. Based in the year 2620, Star Atlas is a “virtual gaming metaverse” where three factions, including humans, an alien race, and android robots, battle for resources and embark on territorial conquests to achieve political domination.

A unique feature of Star Atlas is a super-realistic immersive experience with cinema-quality picture quality, besides the ability to convert virtual assets into real money. Star Atlas allows players to make profits through staking, galaxy exploration, quests, PvP, NFT trading,… Up to now, no blockchain game combines that many features at the same time.

What is ATLAS token?

ATLAS is the official token operating in the Star Atlas platform, built to SPL standards, and serves as an in-game currency. With ATLAS, owners can exchange, buy and sell NFTs in the game. The items players acquire through the game are fully convertible into real-world money.