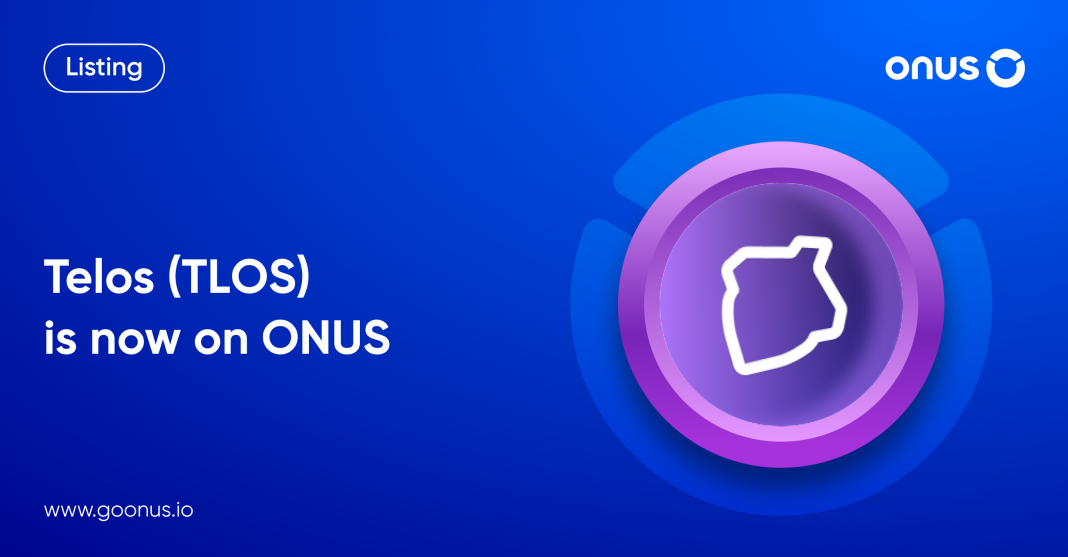 From May 25th, we officially list Telos Token (TLOS) on the ONUS application. Soon after TLOS is added, users can perform the following features:

Telos blockchain network is a third-generation public blockchain solution for decentralized projects and applications, which addresses three issues pertaining to wide-scale blockchain adoption and implementation: Scalability (number of transactions per second), Affordability (cost per transaction/running of dApps), and Fair governance. Telos is built on EOSIO technology, which is an open-source blockchain software protocol that provides developers and entrepreneurs with a platform on which to build, deploy and run high-performing blockchain applications.

With Telos you get:

What is TLOS Token?

TLOS is a native token of the Telos ecosystem, operating on Ethereum according to ERC20 standard, and can be used to: