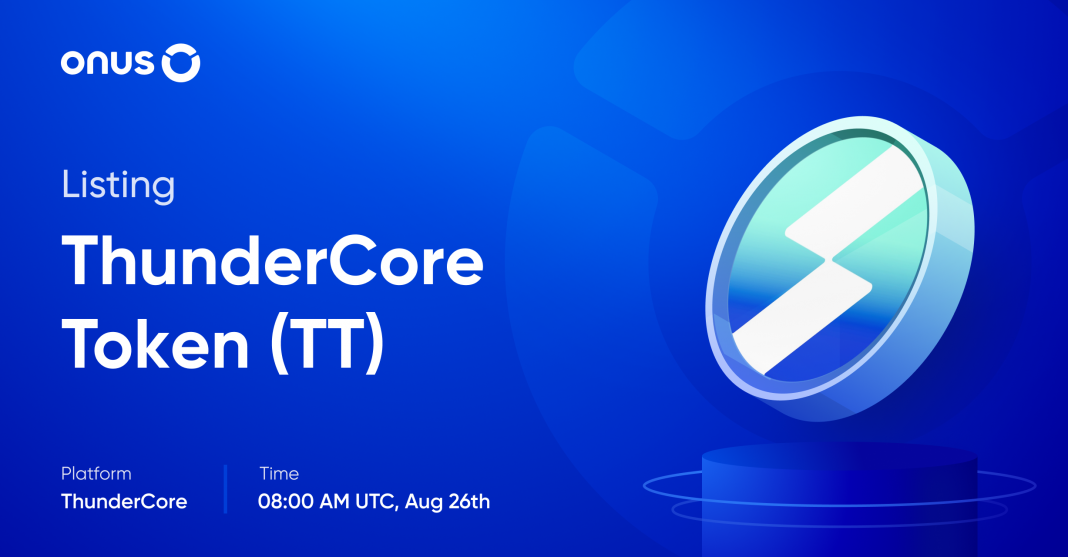 Starting from 08:00 AM UTC on August 26th, we officially list ThunderCore Token (TT) on the ONUS application. Soon after TT is added, users can perform the following features:

ThunderCore is a public, permissionless, Ethereum Virtual Machine (EVM) compatible blockchain running on the worlds’ leading Proof-of-Stake consensus mechanism. The ThunderCore blockchain is open to the public, allowing participants from around the world to join in to secure and verify the record reflect accurate state of affairs. ThunderCore isn’t just a platform for recording transactions. ThunderCore can execute “smart contracts”–computer programs that directly control asset transfer between parties with objective and fair logic.

ThunderCore has been designed to be compatible with Ethereum, the most popular smart contracting platform. Any contract or application deployed on Ethereum can be redeployed on ThunderCore in minutes. By using the PaLa consensus protocol, ThunderCore can improve scalability and is capable of achieving over 2,000 transactions per second.

What is TT Token?

TT is a native token of the ThunderCore ecosystem, operating on ThunderCore standard, and can be used to: