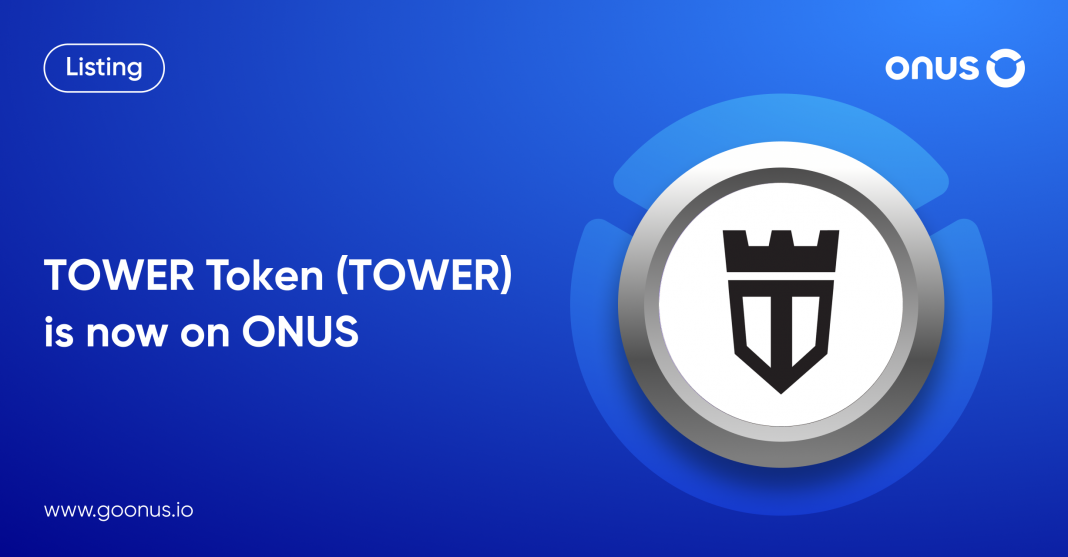 From December 19th, we officially list TOWER Token (TOWER) on the ONUS application. Soon after TOWER is added, users can perform the following features:

About The Tower Experiment

The Tower Experiment is a project by developer Animoca Brands, which combines the traditional Free-to-Play model with the Play-to-Earn blockchain. This project wishes to introduce to players various attractive features of blockchain such as governance when holding tokens, NFT, DeFi.

The Tower Experiment project currently has two main games, released on mobile devices: The Crazy Kings (CK) and Crazy Defense Heroes (CDH). Both games are very successful, with 2 million downloads and a loyal community of players. In addition, the project also has an upcoming blockchain game on PC, allowing gamers to trade NFTs, earn more tokens, and participate in major tournaments to win rewards.

What is TOWER Token?

TOWER is a native token of the TOWER ecosystem, operating on Ethereum according to ERC20 standard, and can be used to: