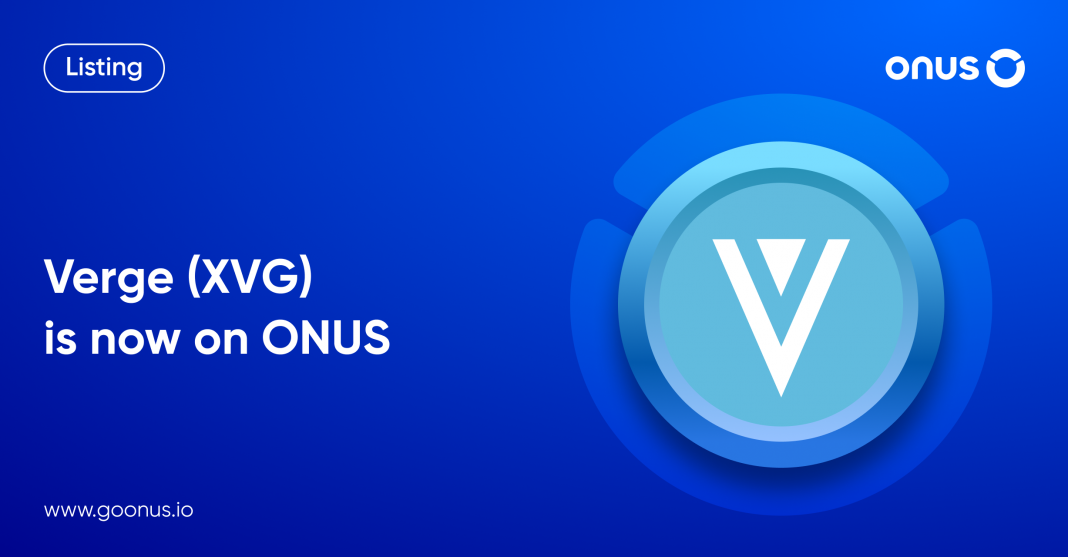 From April 25th, we officially list Verge Token (XVG) on the ONUS application. Soon after XVG is added, users can perform the following features:

About Verge and XVG Token

Verge (formerly DogeCoinDark) is a digital currency designed with a focus on security, providing individuals/businesses with a means to quickly, efficiently amd decentralized transact goods and services. According to the project’s founder, Verge aspires to fulfill the vision of Bitcoin creator Satoshi Nakamoto in creating a decentralized, trusted, and suitable electronic payment system for everyday use.

Verge was first launched in October 2014, under the old name of DogeCoinDark, a fork of Peercoin (PPC). However, to avoid confusion with Dogecoin (DOGE) which has nothing to do with this project, the founding team decided to rebrand to Verge in February 2016.

Some of Verge’s strengths:

Verge (XVG) can be used for the following