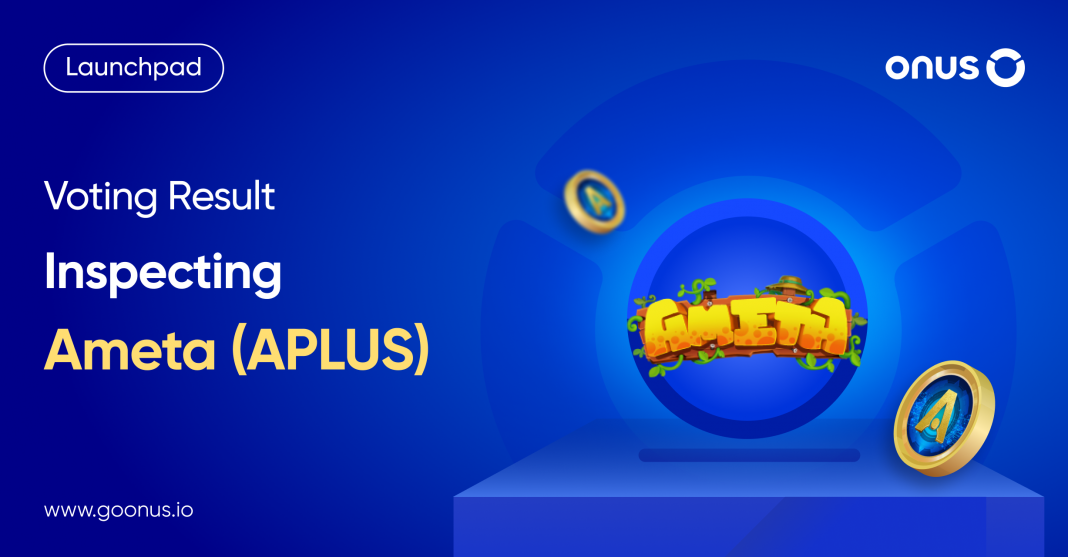 The ONUS team will have a detailed announcement about the opening sale soon.

About Ameta and Token APLUS

Ameta is a game that combines the genres of casual, farming and adventure through an engaging social system. Players will be able to participate in exciting activities such as cleaning up the old farm, building a new farm to grow crops, raising livestock, unlocking buildings, and other upgrades.

In order to maximize interactivity, Ameta has established social elements with a town where players can meet, socialize, find friends, or even get married, discover events and festivals in town by season.

The game economy is designed based on the Token system and various types of NFTs. Besides rewarding players through in-game characters, NFTs can also be reused for upgrades, thereby generating higher profits or trading in the market.

With exciting gameplay, a capable graphics system and enhanced interaction, Ameta promise to bring players exciting experiences when combining the value of traditional games with the power of Blockchain technology.

APLUS is the native token of the Ameta game ecosystem. Players can obtain APLUS by completing missions, winning in PvP mode or reaching high rankings on the leaderboard. With the APLUS token, players can perform the following tasks: