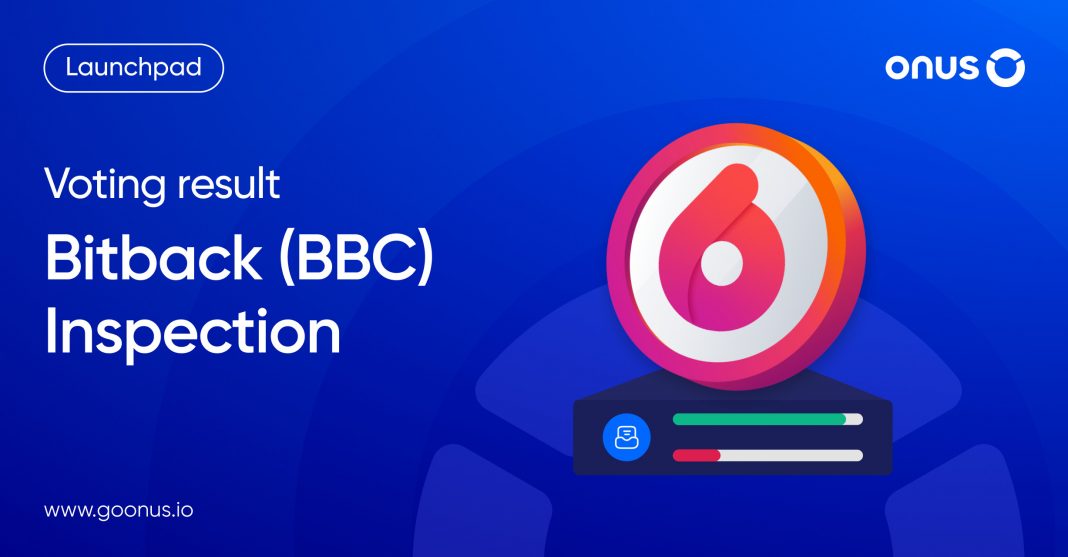 At 01:00 PM UTC on January 12th, the Bitback (BBC) project appraisal voting event officially ended. With the “Yes” votes accounting for 87.23%, Bitback (BBC) will be opened for sale on ONUS Launchpad.

ONUS would like to congratulate the Bitback (BBC) team on officially qualifying to deploy Launchpad on ONUS. The Bitback Launchpad event is expected to take place on January 20th, 2022, ONUS will have an official announcement to users as soon as possible.

Bitback is an application ecosystem built on the technology platform, allowing users to access Bitcoin and tokens with relative ease. With lucrative potential in the gaming industry, Bitback will enable customers to entertain while making money for free. Each application in the Bitback ecosystem has its advantages and profitability potential. Bitback is committed to creating a trustworthy, equitable space where individuals can earn money based on their unique abilities.

BBC is a utility token in Bitback ecosystem, operating on Binance Smart Chain and can be used to:

The ONUS team will announce details about the Bitback Launchpad in the upcoming time.