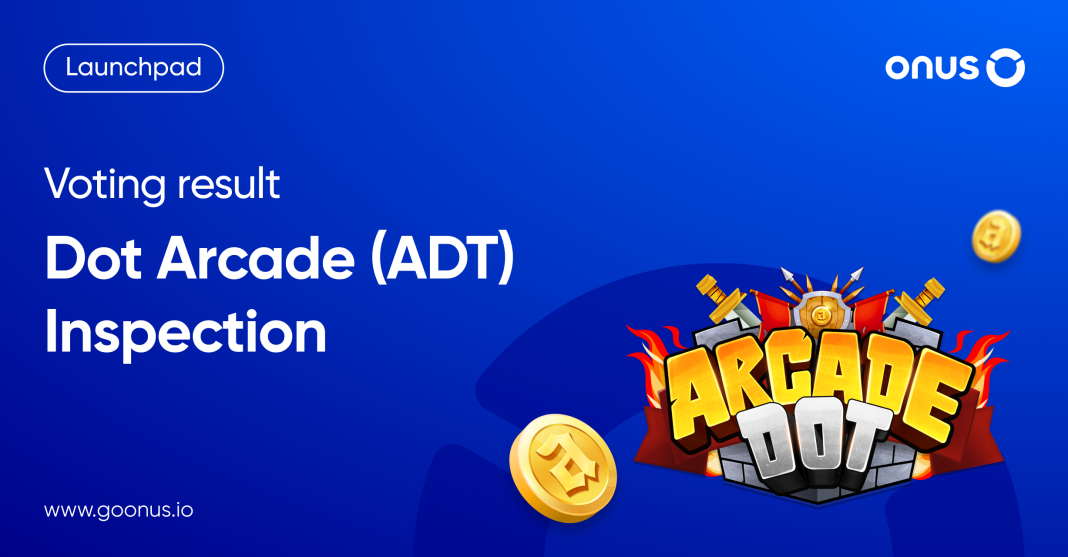 At 01:00 PM UTC on December 29th, the Dot Arcade (ADT) project appraisal voting event officially ended. With the “Yes” votes accounting for 90.11%, Dot Arcade (ADT) will be opened for sale on ONUS Launchpad.

ONUS would like to congratulate the Dot Arcade (ADT) team on officially qualifying to deploy Launchpad on ONUS. The Dot Arcade Launchpad event is expected to take place on January 15th, 2022, ONUS will have an official announcement to users as soon as possible.

Dot Arcade is a combination of Arcade and Moba genres, where players worldwide are free to earn NFTs individually or with their clans. With unique tactical gameplay, players will play the role of a lord with the desire to build a mighty empire and bring his army to conquer new lands. Dot Arcade promises to bring hours of fun with many exciting events and tournaments to create opportunities for players to participate in winning tokens or NFT rewards.

ADT is a utility token in Dot Arcade, operating on Binance Smart Chain, and can be used to:

The ONUS team will announce details about the Dot Arcade Launchpad in the upcoming time.