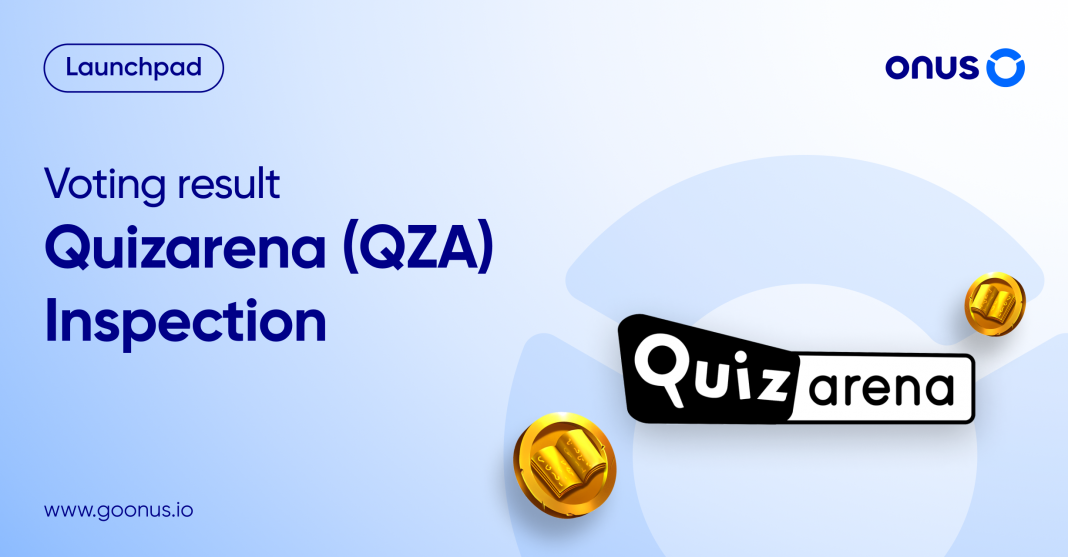 At 13:00 UTC on December 3rd, the Quizarena (QZA) project appraisal voting event officially ended. Quizarena (QZA) received an overwhelming “Yes” (99.08%). This means that this project will be soon open for sale on ONUS Launchpad.

At 13:00 yesterday, December 2nd, ONUS opened the voting round to appraise the Quizarena (QZA) project. If the approval rate is higher than 50% at the end of the voting process, the project will be approved and opened for sale on the ONUS Launchpad.

All users participating in ONUS Shares have the right to vote “Yes” or “No” to allow Quizarena (QZA) to deploy Launchpad. The voting power is based on the ONUS tokens users staked in ONUS Shares.

After 24 hours of voting, the poll ended with the following results:

ONUS would like to congratulate the Quizarena (QZA) team on officially qualifying to deploy Launchpad on ONUS.

Quizarena is a Free-to-Play (F2P) quiz and puzzle blockchain game on Binance Smart Chain where everyone can start playing without the need to pay. Quizarena also utilized the Compete-to-Earn (C2E) model to reward players with tokens through engaging gameplay animations and the participation of Player-Versus-Player (PvP) and tournaments. With the combination of F2P and C2E models, Quizarena gives players the opportunity to learn, play, and earn rewards at the same time.

The ONUS team will announce details about the Quizarena Launchpad in the upcoming time.