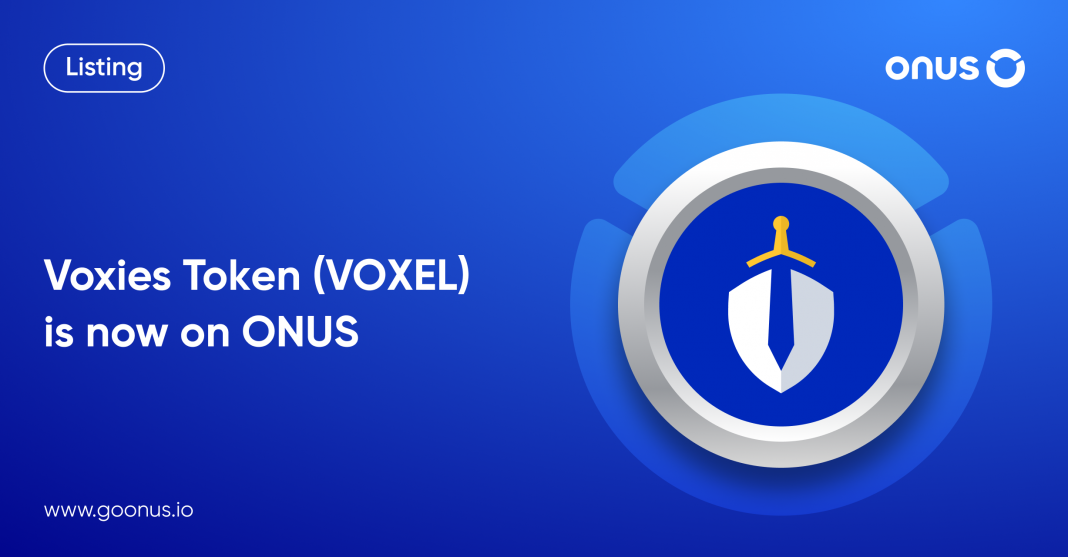 At 12:00 UTC on December 14th, we officially list Voxies Token (VOXEL) on the ONUS application. Soon after VOXEL is added, users can perform the following features:

Voxie is a retro-styled tactical RPG that is heavily influenced and inspired by the vein of classical 1990s and early 2000s tactics games, but with some modern twists sprinkled in and some updated gameplay mechanics to make the game feel both nostalgic and modern at the same time. In addition, Voxies focuses on enhancing the player experience, simplifying the gameplay process, and does not require any experience with cryptocurrencies.

As a team-based tactical game, players can control multiple characters in the game and each character can be represented by Voxies that are directly owned as NFTs, or provided by the game for free-to-play players. Voxies’s play-to-earn model also allows players to participate in the game experience and earn additional income at the same time. Players will be able to decide whether they want to use the assets they own in game, or take any of the following actions with their items in the game marketplace: selling, trading, loaning, crafting (infusing their items).

What is VOXEL Token?

Voxies Token (VOXEL) is a utility token of the Voxies ecosystem, operating on Ethereum according to ERC20  standard, and can be used to: