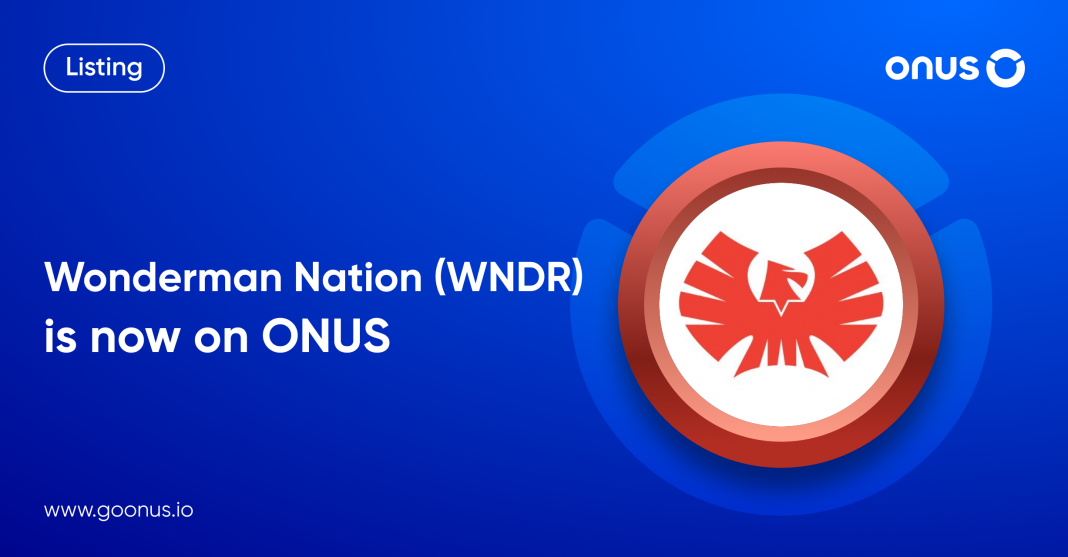 From May 10th, we officially list Wonderman Nation Token (WNDR) on the ONUS application. Soon after WNDR is added, users can perform the following features:

Wonderman Nation combines the ecosystem of Axie Infinity, the battle mechanics of Final Fantasy, and the breeding of CryptoKitties for a Play to Earn game like you’ve never seen before. Players earn tokens through skilled gameplay and participation in the Wonderman ecosystem, where they battle, breed, explore and discover, to advance their supremacy in Wonderman Nation.

Wonderman Nation is developed by a multi-award-winning AAA game development team that has worked with most of the top IPs on our planet, including Star Wars, Zelda, Transformers, Far Cry, South Park and many more. The team has collaborated with leading publishers, including Rockstar, Activision, Nintendo, Sega, Warner Bros, Disney, Nickelodeon, Microsoft, Sony, EA and Ubisoft. They have also developed and published multiple blockchain games.

What is WNDR Token?

WNDR is a native token of the Wonderman Nation ecosystem, operating on BNB Smart Chain according to BEP20 standard, and can be used to: