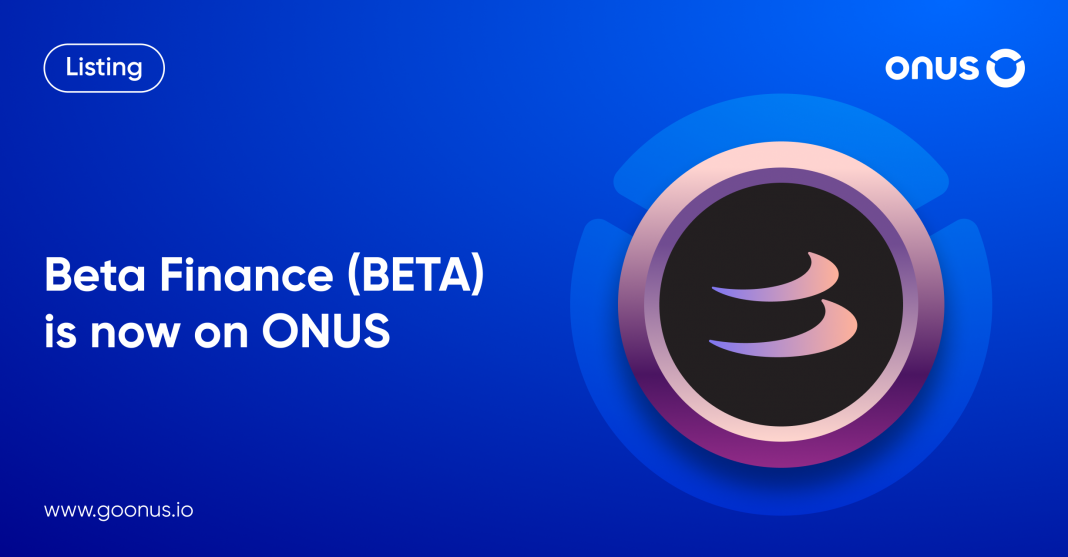 From December 5th, we officially list Beta Finance Token (BETA) on the ONUS application. Soon after BETA is added, users can perform the following features:

Beta Finance is an Ethereum-based DeFi protocol that allows you to borrow, lend, and short sell crypto assets. It gives users access to a scalable and accessible currency market where tokens are automatically listed and minified. Beta Finance intends to launch layer one and layer two complementary solutions following the launch of the Ethereum mainnet.

Beta Finance sees short selling as an important financial instrument that is currently missing from the DeFi ecosystem, facilitating a stable and efficient market. The platform’s short-selling tool makes it simple for users to do so. Select the DEX to redeem and deposit new collateral, thereby exchange the principal on the short position, with a single click.

What is BETA Token?

BETA is a native token of the Beta Finance ecosystem, operating on Ethereum according to ERC20 standard, and can be used to: