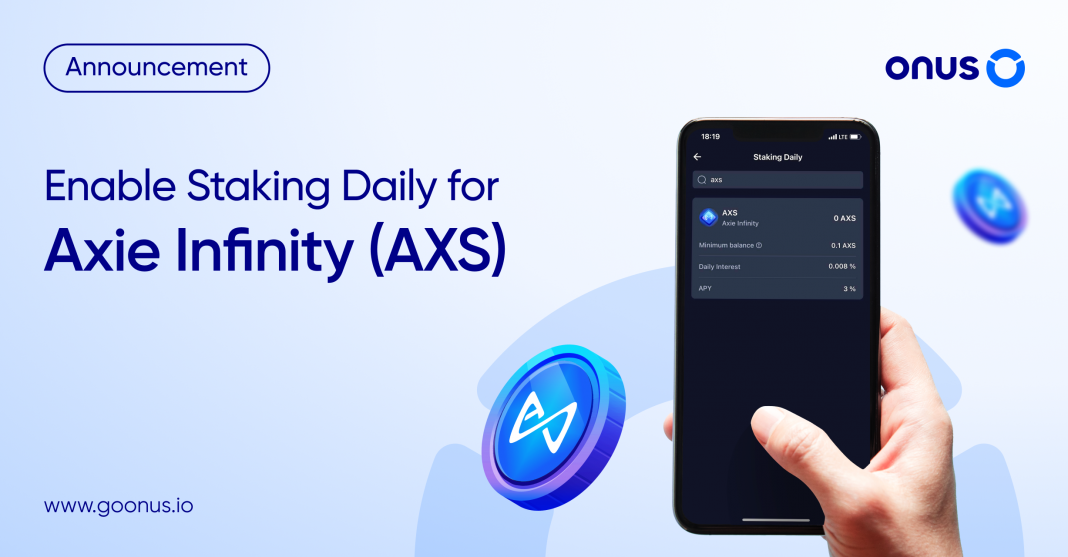 As a result, individuals with 0.1 AXS on the ONUS application will earn a profit of 3% each year, or 0.008% every day. Interest is paid daily in VNDC, calculated based on users’ AXS balances at 0:00 (UTC+7) each day.

Axie Infinity is a fighting game built on the blockchain platform. In Axie Infinity, players collect and nurture imaginary creatures called Axies. Players do missions to collect Axies, team up to fight, and trade Axies with other players. Axies are encrypted into NFT and recorded on the Ethereum Blockchain network so that the player’s ownership of Axie is safe. The Axie Infinity ecosystem simultaneously works with 2 tokens, AXS and SLP. Simply put, AXS is the governance token that supports system operations, and SLP is the currency used in the game.

AXS is the cryptocurrency used in the entire Axie Infinity gaming platform, with the following primary purposes:

In addition, AXS is also considered an investment asset in the crypto market, helping participating investors find profitable opportunities and share benefits from the business activities of the Axie Infinity platform.