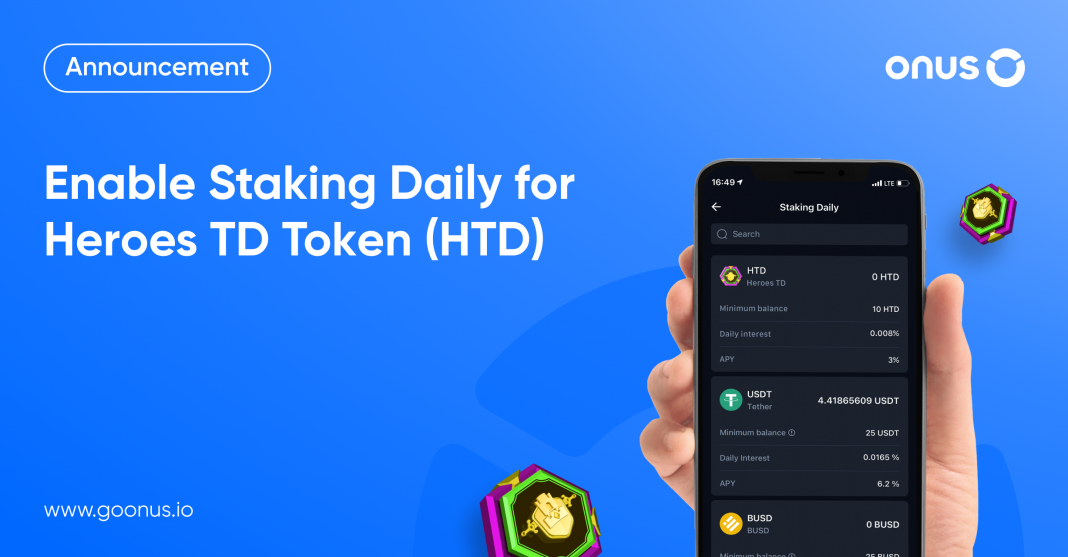 On November 27, ONUS launched the Launchpad program for Heroes TD tokens (HTD). In just over 24 hours of opening for sale, more than 3,000 investors participated in owning this asset.

Accordingly, when having from 10 HTD on the ONUS application, users will receive a profit of 3% per year, equivalent to 0.008% per day. Interest is paid daily in VNDC, calculated based on users’ HTD balances at 0:00 (UTC+7) each day.

About Heroes TD and HTD Token

Heroes TD is a Free to Play and Play to Earn strategy game where players summon Heroes to attack enemy bases and defend themselves. In addition to battles, players can earn money by collecting in-game NFT items and trading them with other players on the Heroes TD Marketplace. Special bonuses are also available for players who reach the top of the leaderboard.

HTD is the primary token in the Heroes TD ecosystem, and it is used to participate in in-game activities, purchase assets on the Marketplace, and summon new Heroes. HTD can be obtained through the game’s Play-to-Earn (earning) activities. In addition, while waiting for the game to launch, users can stake HTD to receive rewards.