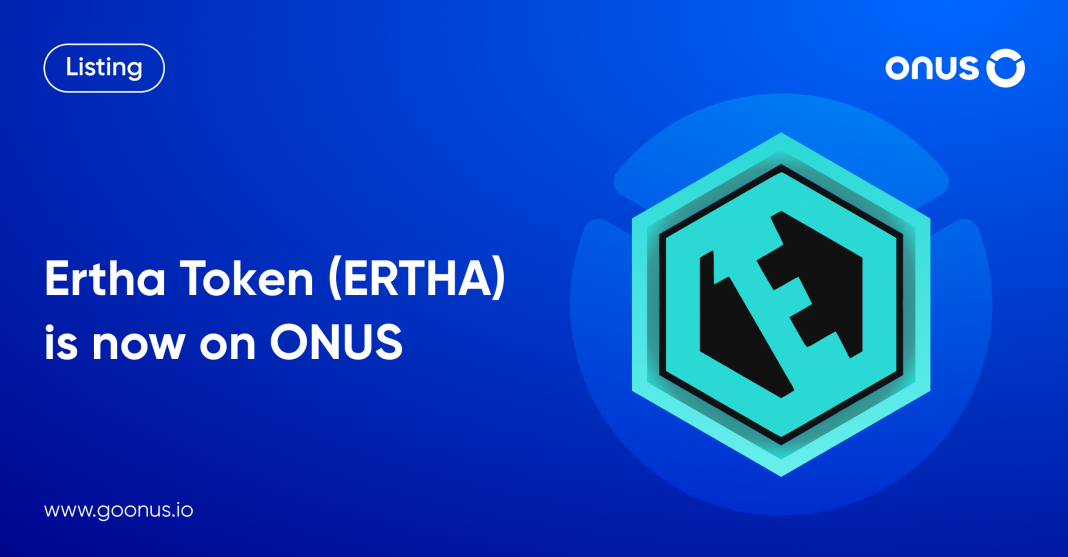 From February 17th, we officially list Ertha Token (ERTHA) on the ONUS application. Soon after ERTHA is added, users can perform the following features:

Ertha is a new P2E game with an exciting backstory launching on Binance smart chain. Ertha is Heroes Of Might And Magic game-type inspired economic, social game based on exploring and investigating the world, leveling up, choosing specializations, and increasing the strength of your company and your country. Ertha is an MMO game that allows players to experience the game and perform in-game tasks to earn profits.

The game is designed to replicate a real-life environment, simulating the actions that people have to perform in order to earn a living. Ertha’s globe consists of 350,000 virtual land plot NFTs called “Hexes” or HEX, which can be purchased as an NFT. In ERTHA, players will be able to acquire HEX, through which there are many possible transactions that earn HEX owner cashback Ertha tokens.

What is ERTHA Token?

ERTHA is a utility token of the Ertha ecosystem, operating on Binance Smart Chain according to BEP20 standard, and can be used to: